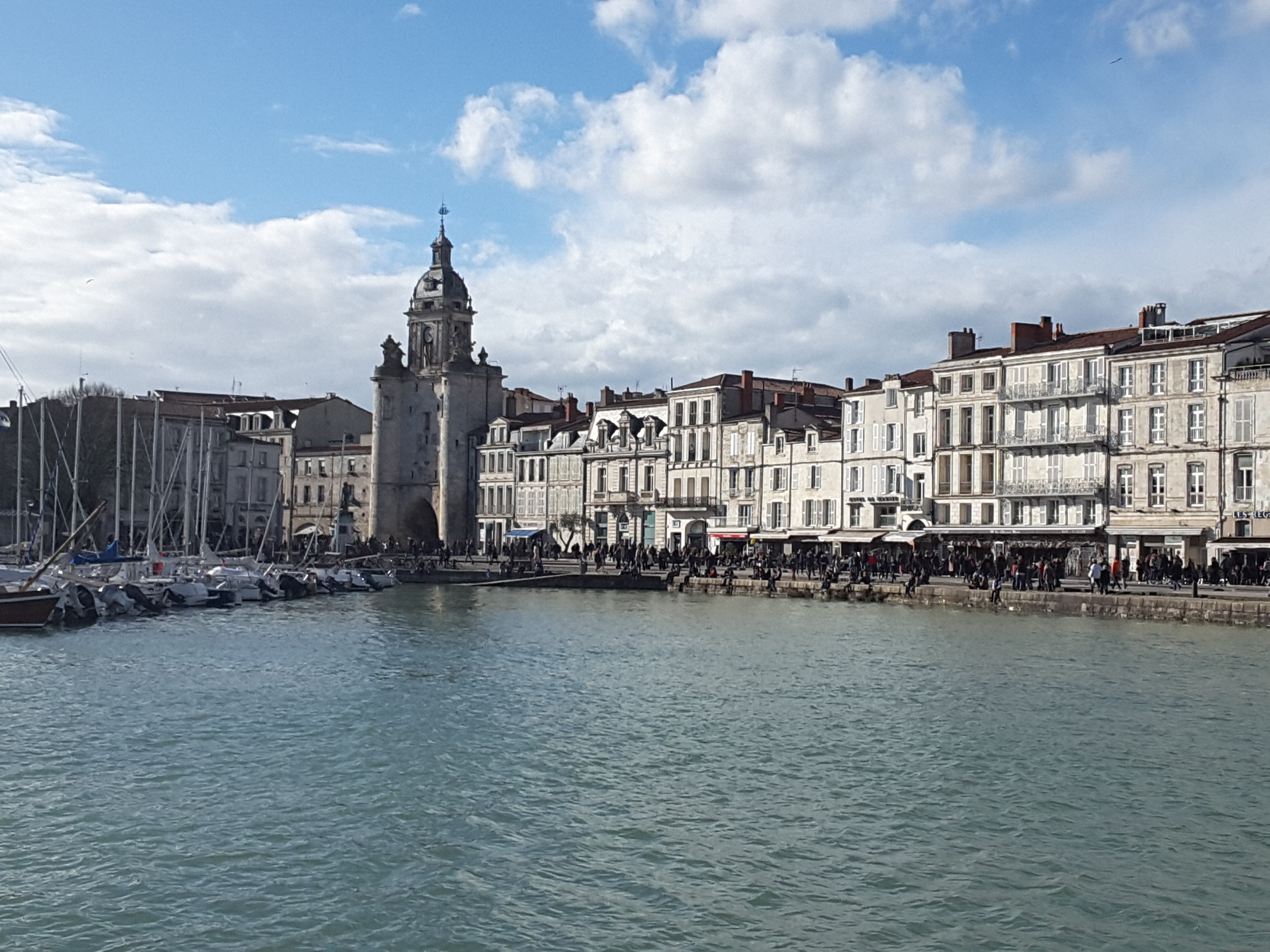 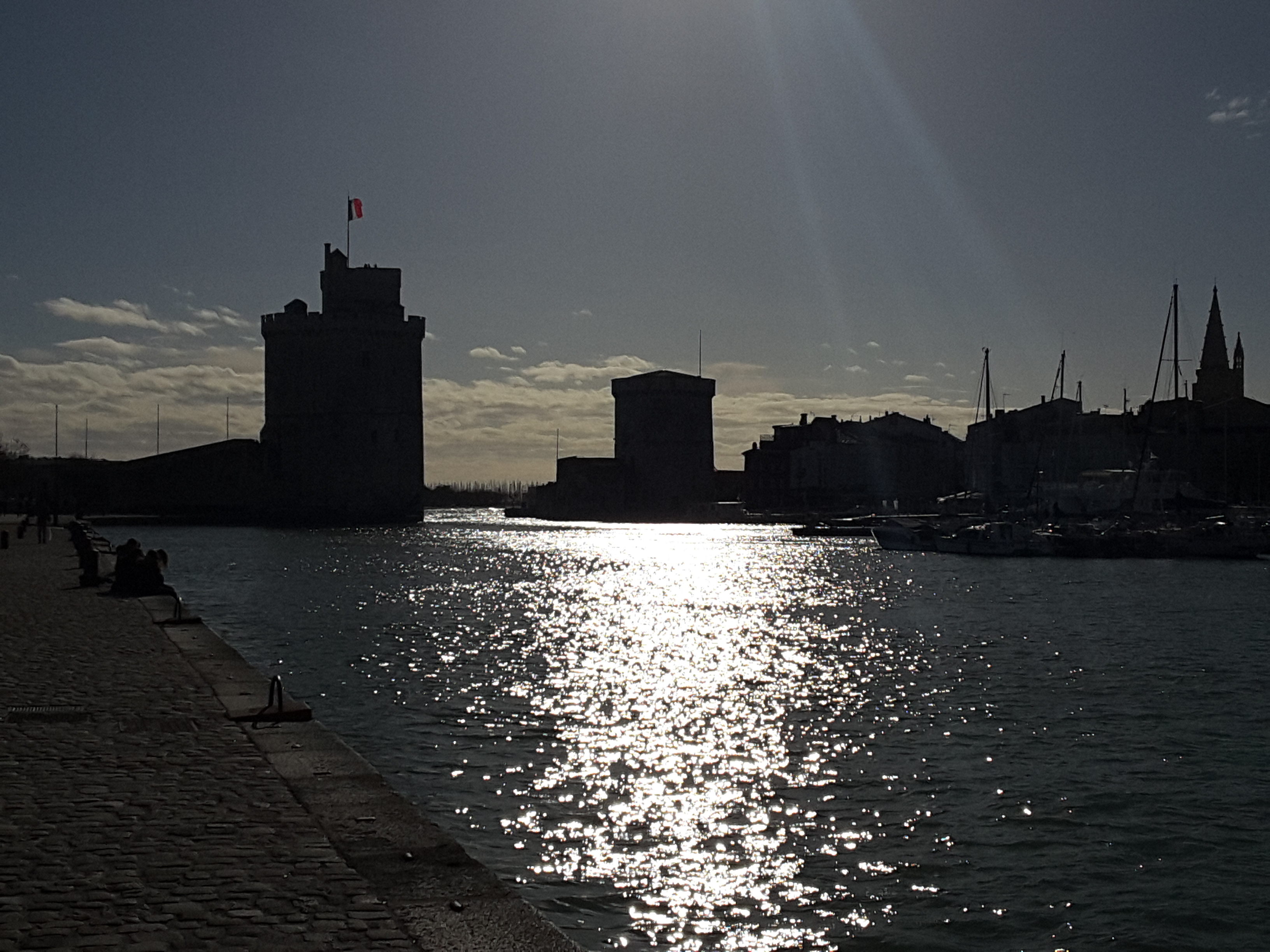 The Old Port of La Rochelle is the epicentre of the town, its lively and vibrant showcase. The rue Sur-les-Murs connects the Tour de la Chaîne and the tour de la Lanterne. Lined with terraced houses, this unique street is a remnant of the city wall destroyed during the siege of La Rochelle (1627-1628).
It is worth taking two days to visit the town – one to appreciate the animation of the skein of streets and shopping areas, lined with endless arches (2.5 km) and the other to go around the museums, such as that of the New World, the Fine Arts, Natural History, the Bunkers … 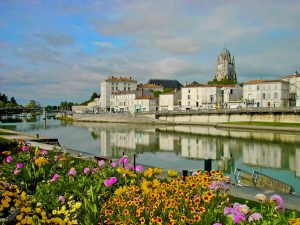 On arriving at Saintes, the former Gallo-Roman capital that became the second city of the Charente-Maritime, the southern charm immediately manifests itself: welcoming riverbanks, shady plane tree lined walkways, ancient ruins, splendid religious buildings and excellent museums, not to mention the authentic cuisine – based on the products of the land, the sea and the vineyard … With its two thousand years of history, the capital of the Saintonge region has an archaeological, architectural, artistic and gastronomic heritage second to none! 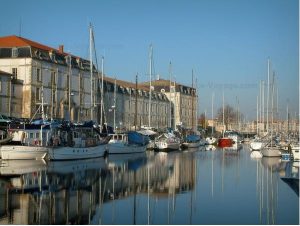 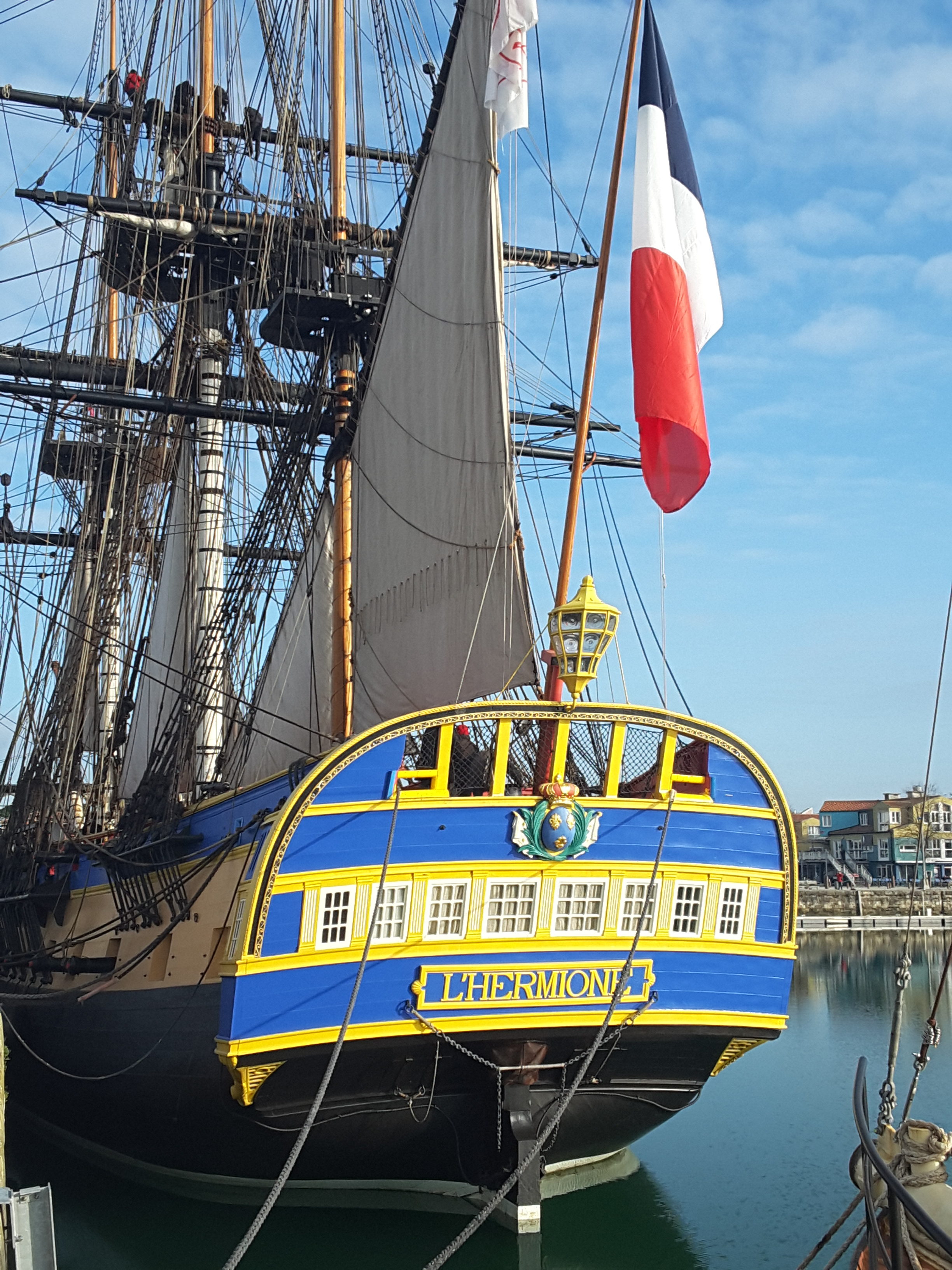 The city is rich in maritime history going back to the time of Colbert when in 1664, Louis XIV has appointed his minster to install an arsenal there. The Corderie de Rochefort seduces with its facades, whose classic style and dimensions are comparable to the Palace of Versailles. The return of the “Hermione” to Rochefort, its port of origin, helped in the birth of the Arsenal. The art of the old-fashioned manoeuvre : 1000 m2 of sail and 800 tons! To put the “Hermione” to sea, the skills of sailors seasoned in the ways of wooden vessels were required.

The distance from Le Thou to Rochefort is 19.1 km via the D5. 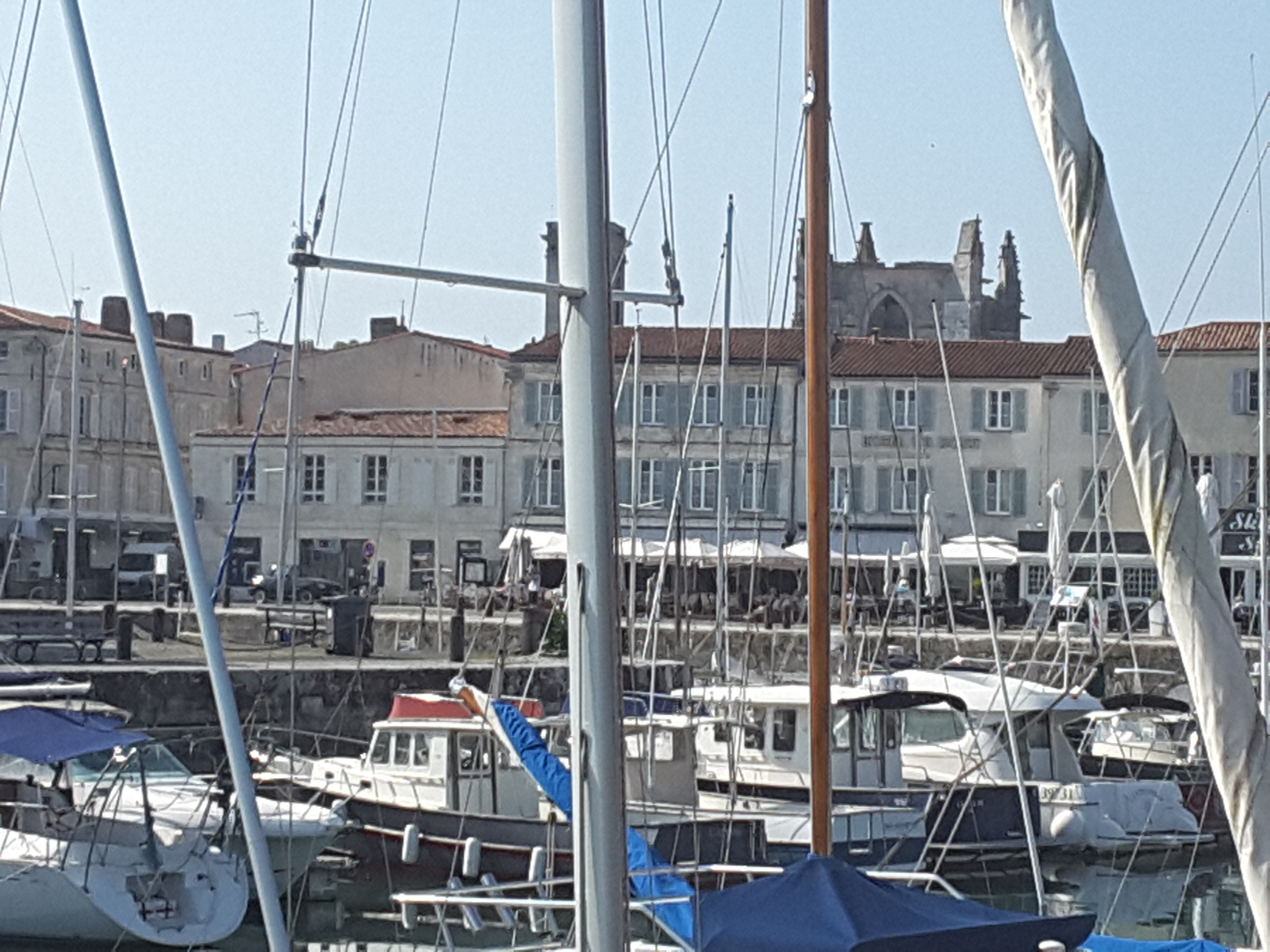 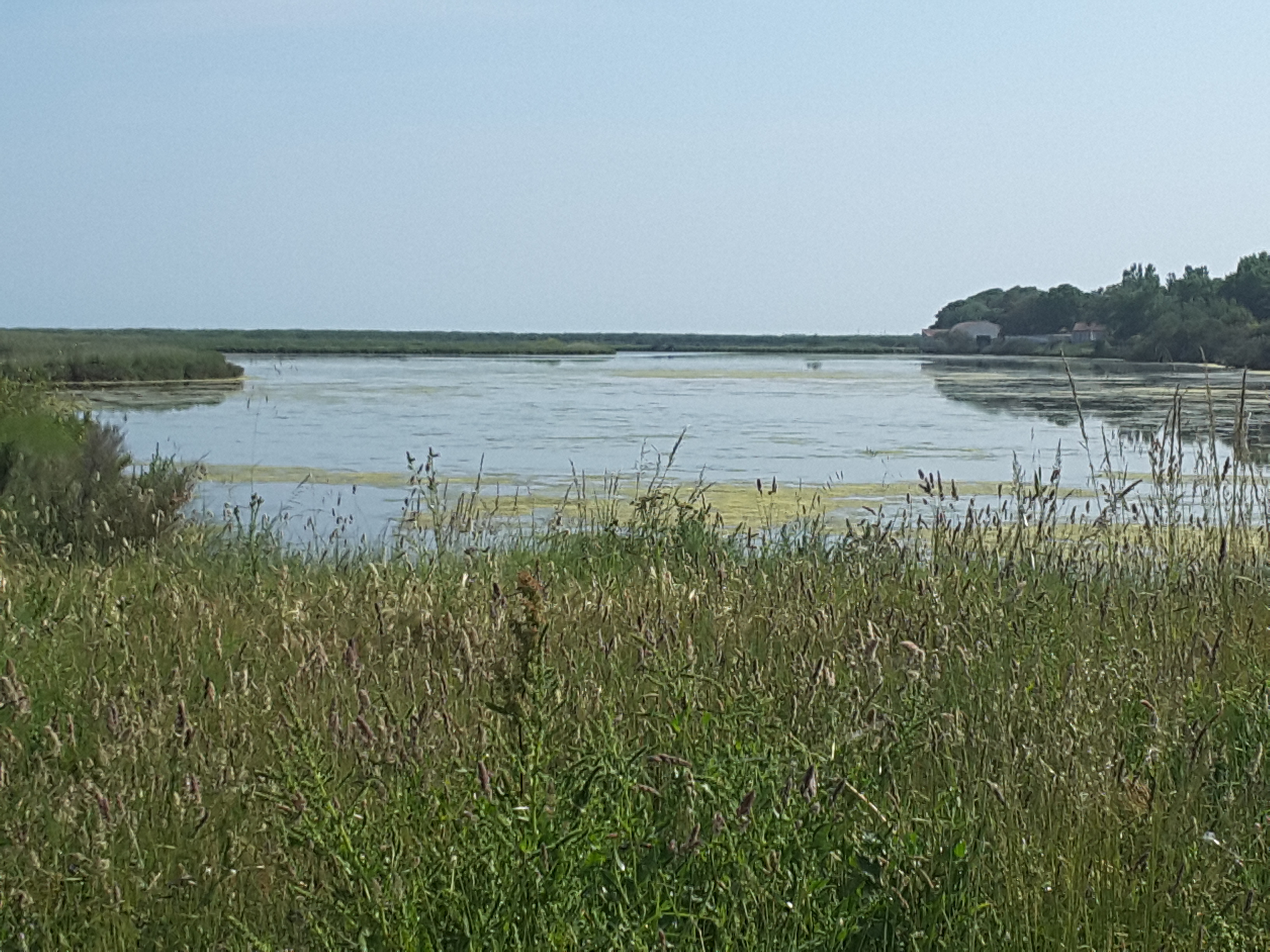 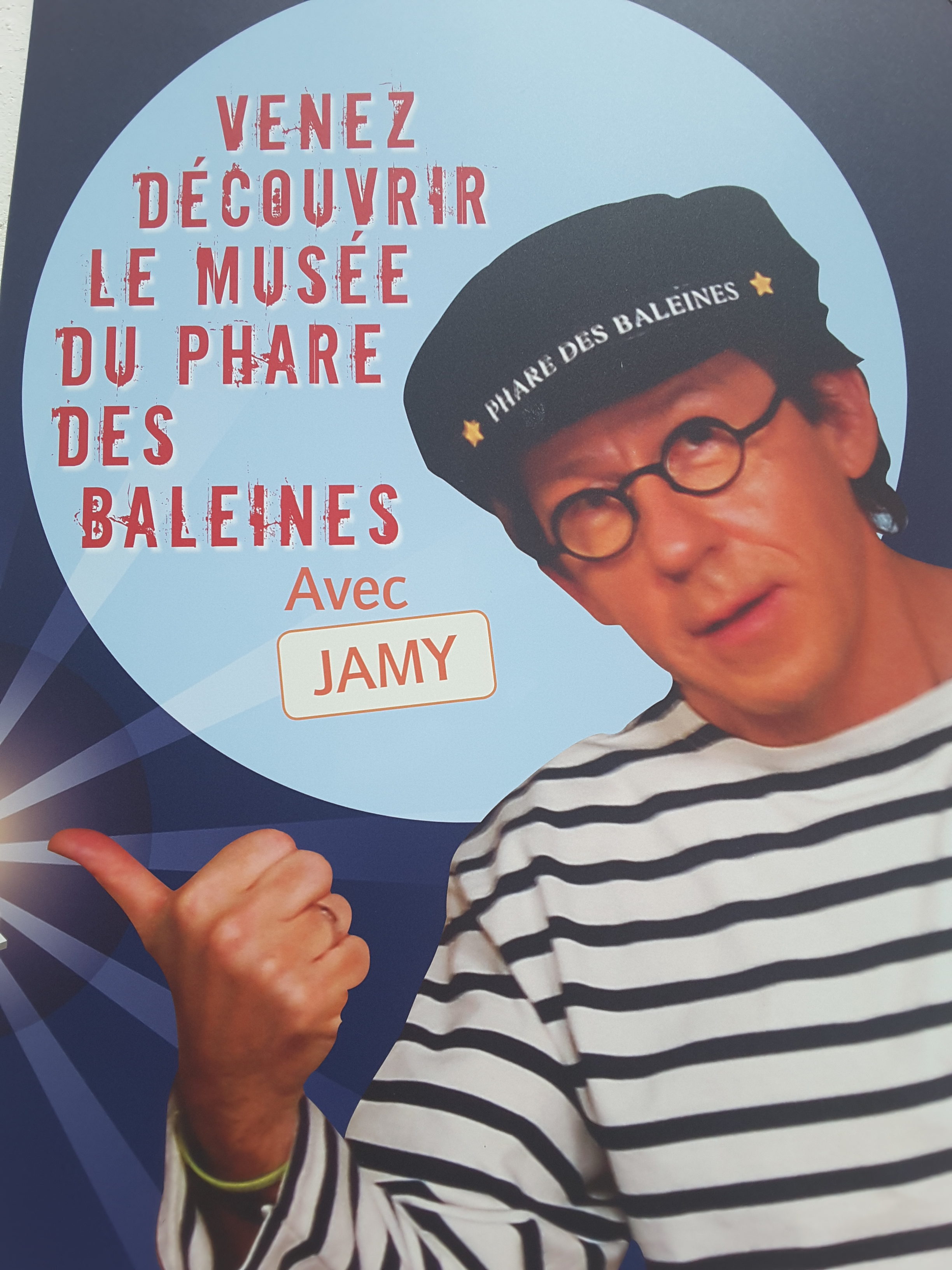 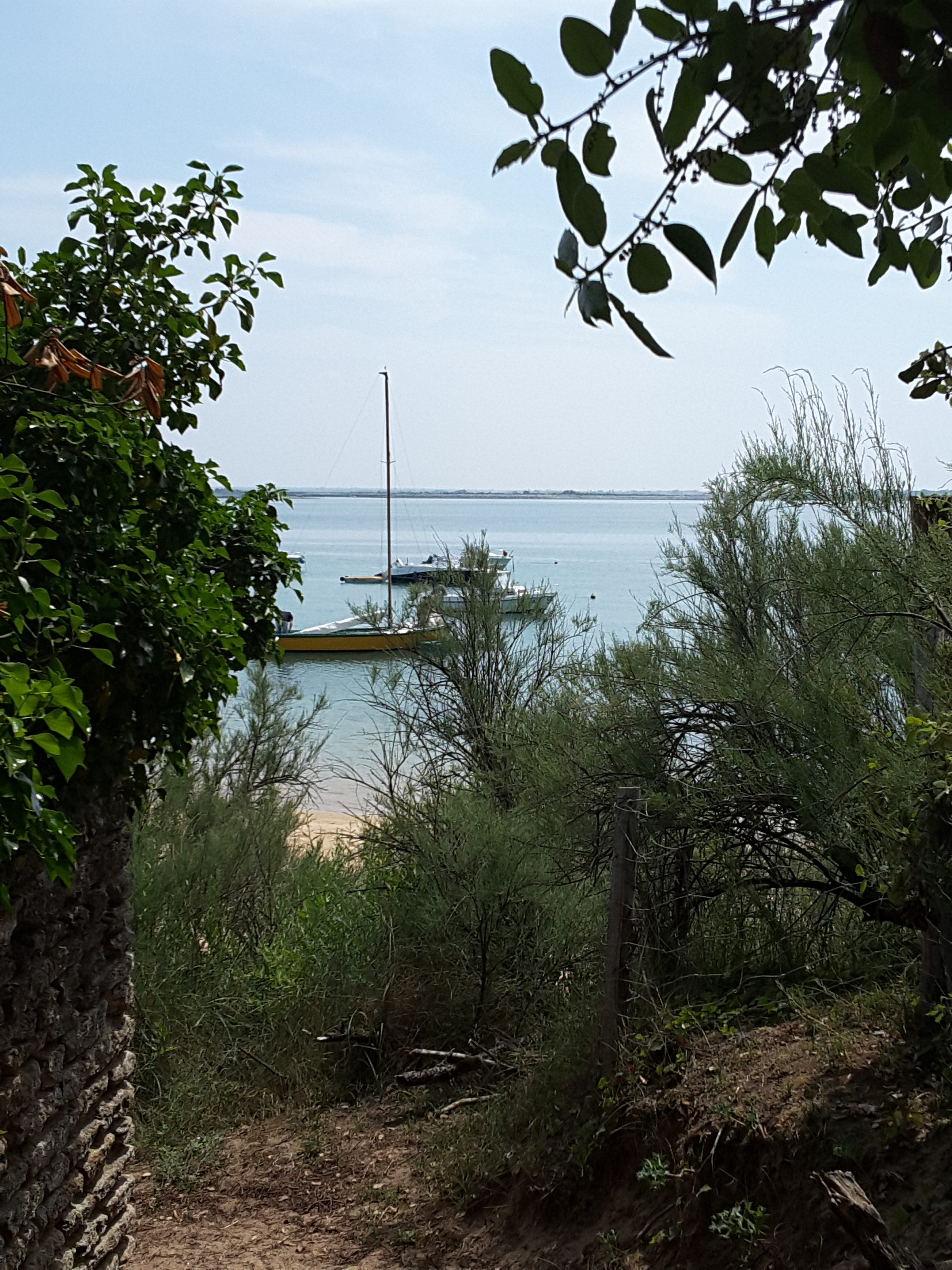 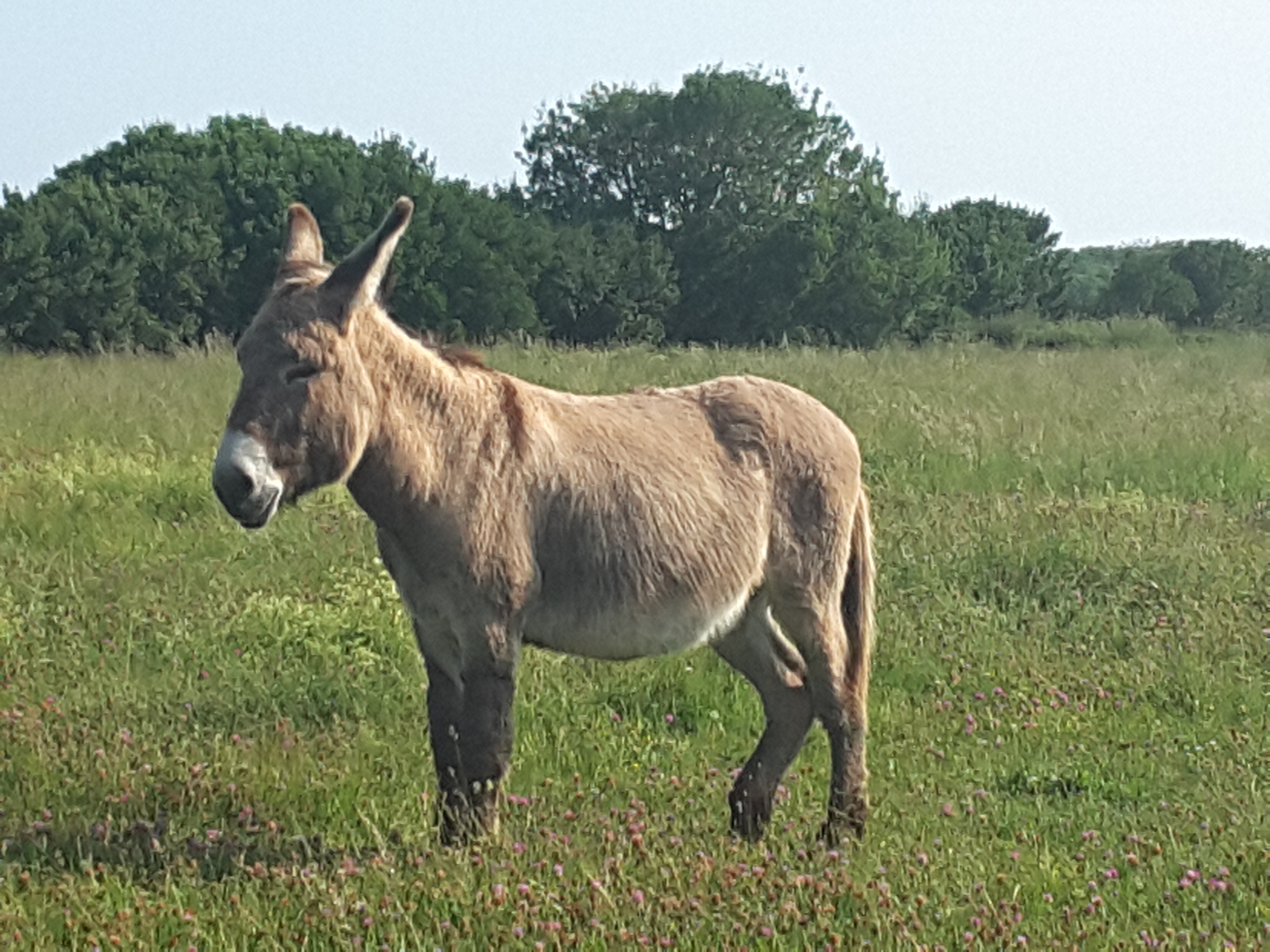 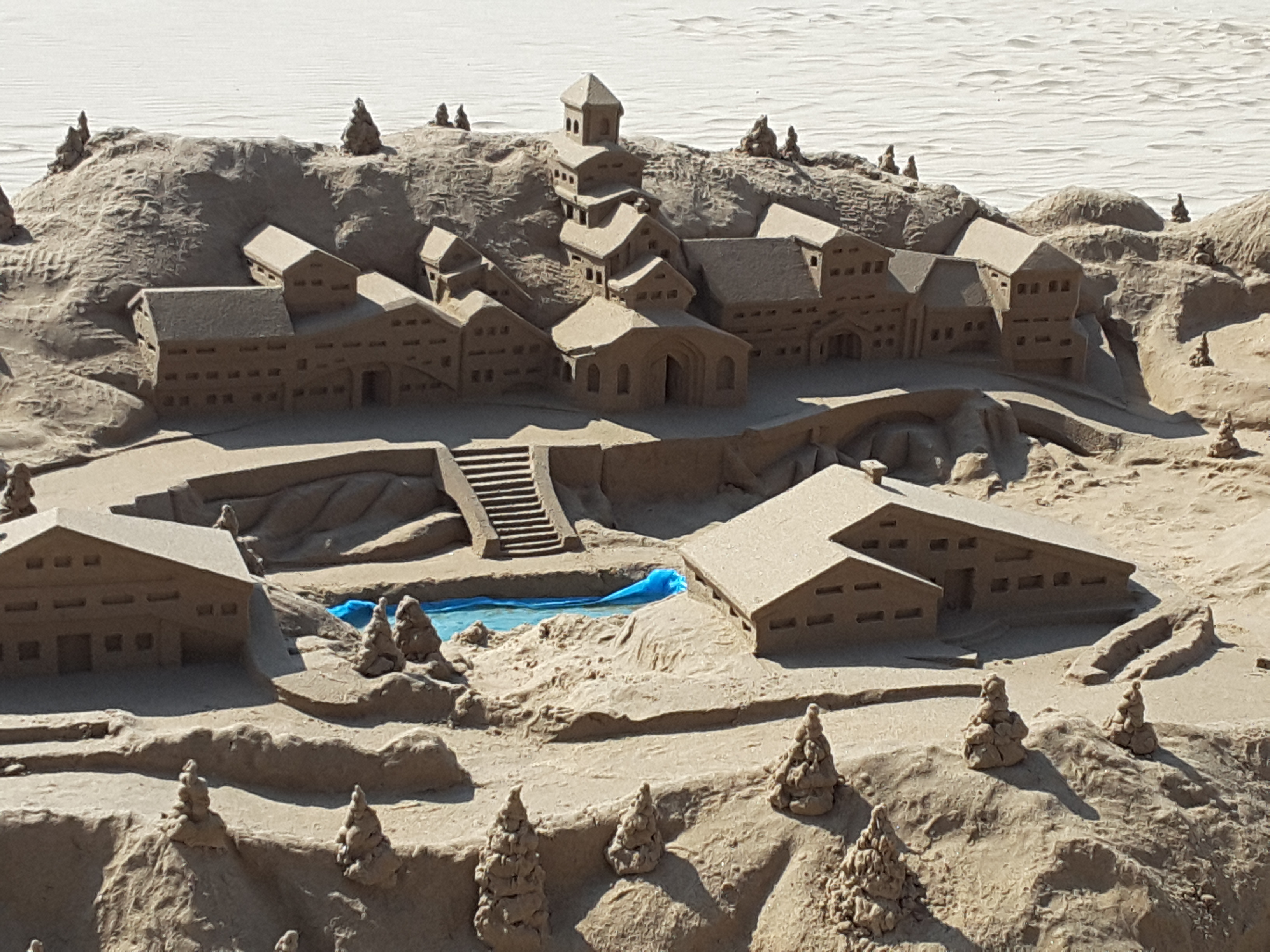 The Ile de Ré and the Ile d’Oléron

The first is known for its chic clientèle, the second for its oysters and popular traditions . White-washed walls, roofs of low sloping tiles, green-painted windowframes. This low-lying landmass, where one does not always know what is earth, sea or sky, stretches for about 30 km, a unique atmosphere under a climate blessed by the gods. The west end of the island ends with a sort of question mark whose loop encloses the bay of Fier d’Ars. Here, the coastline rises to about twenty meters, dominating a wide rocky plateau and salt marshes on the Fier side. The Ile d’Oleron, former salt marshes which are now populated with oyster beds, pine trees and vineyards overlooking beaches: these are emblematic landscapes of Oléron. The northwestern tip of Oléron was formerly called Bout-du-Monde or End of the World: at the Chassiron lighthouse, one feels almost as if in the open sea. 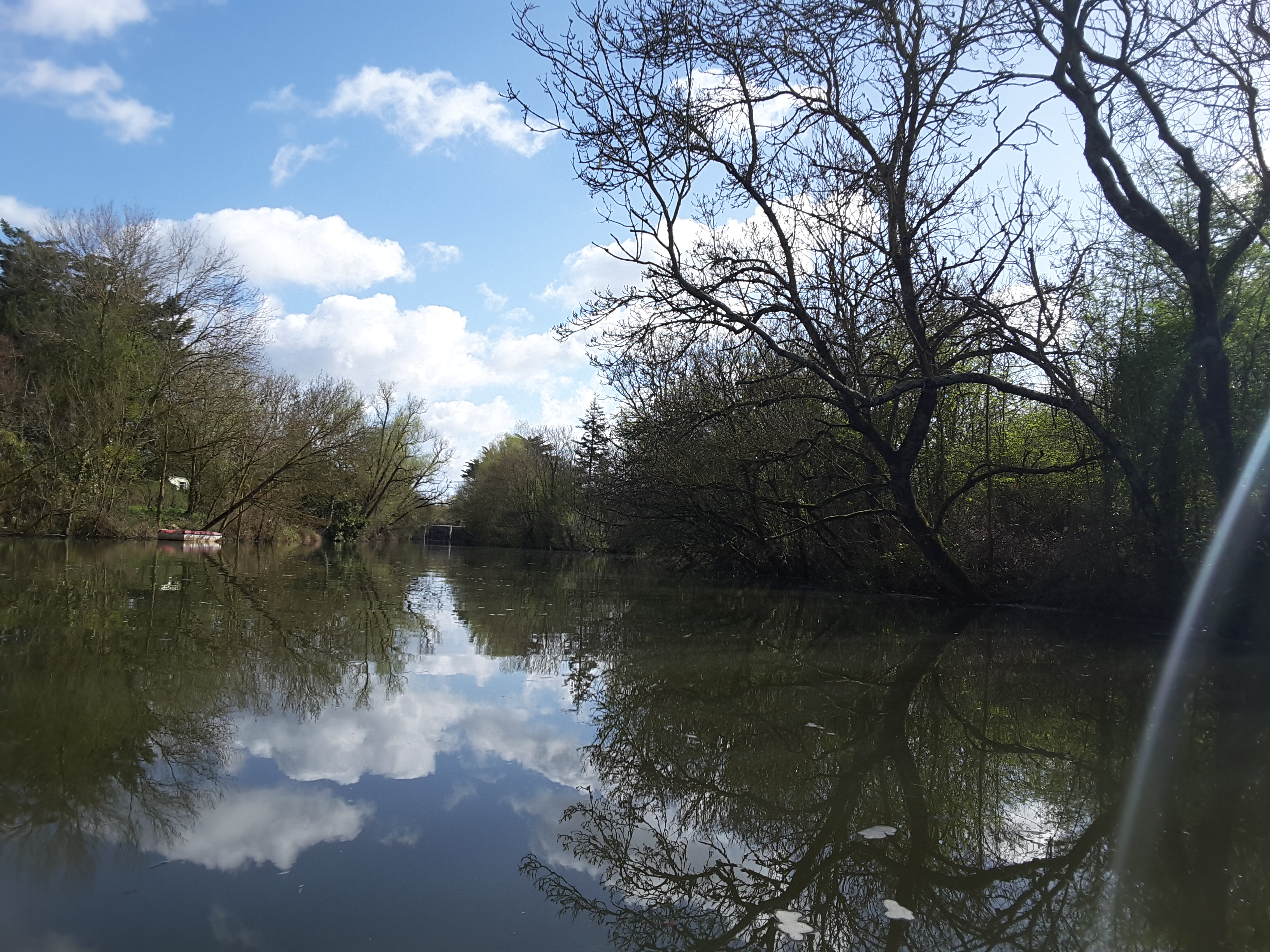 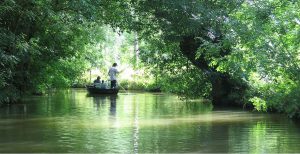 The second largest wetland area in France after the Camargue, this area of 100,000 hectares is not limited to the Verte Venice, furrowed out from Coulon by flat-bottomed boats. A delicate space, where agricultural and ecological features meet, is ideal for nature lovers offering opportunities for observing animals, nature and the marshland life. In winter, 120,000 birds make their home in the Aiguillon – a population of ducks, herons, egrets, cranes… Between Niort and the Marais, there are more than 300 kilometres of marked cycle paths and routes for long rides from a few hours to several days. 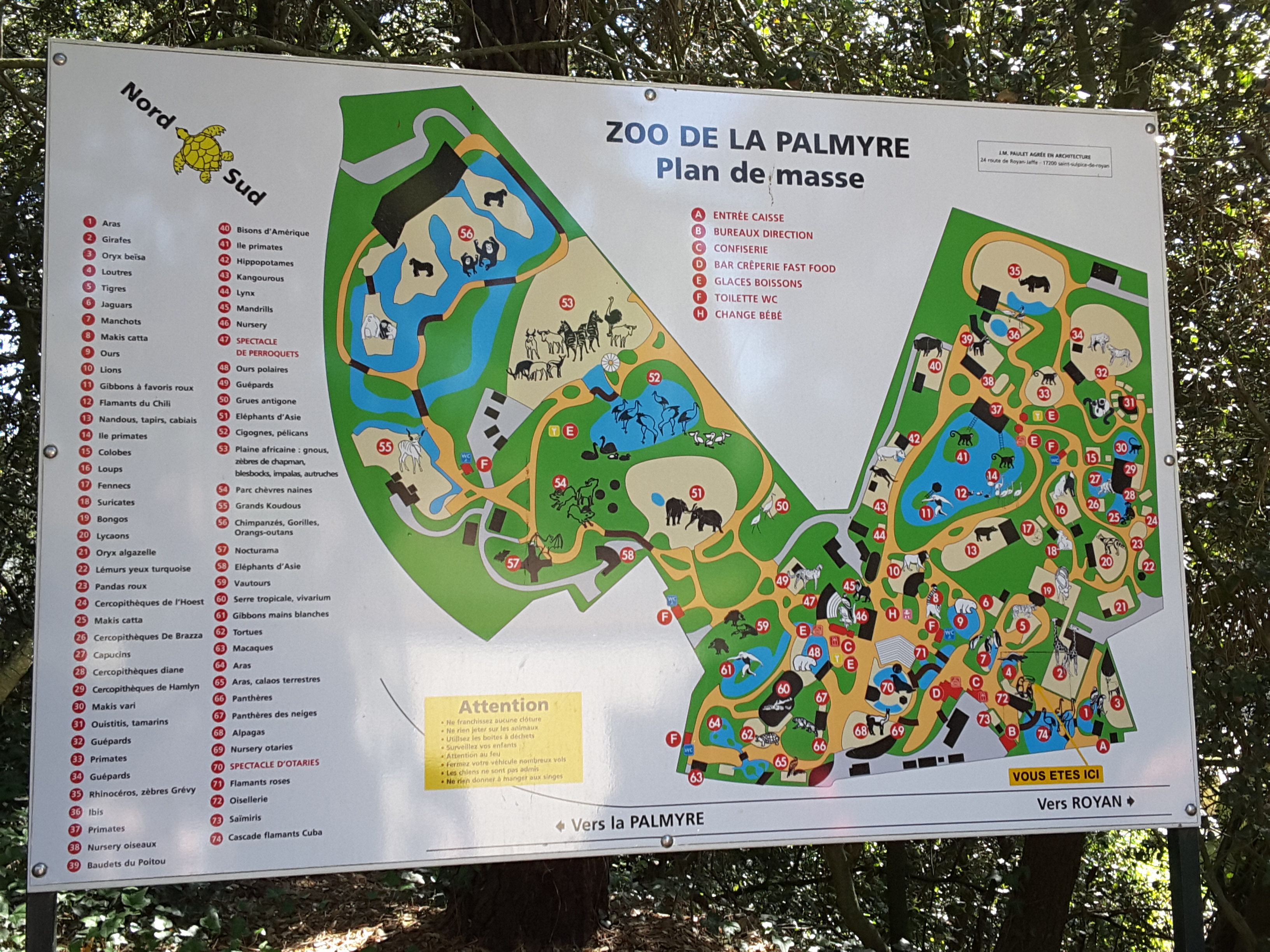 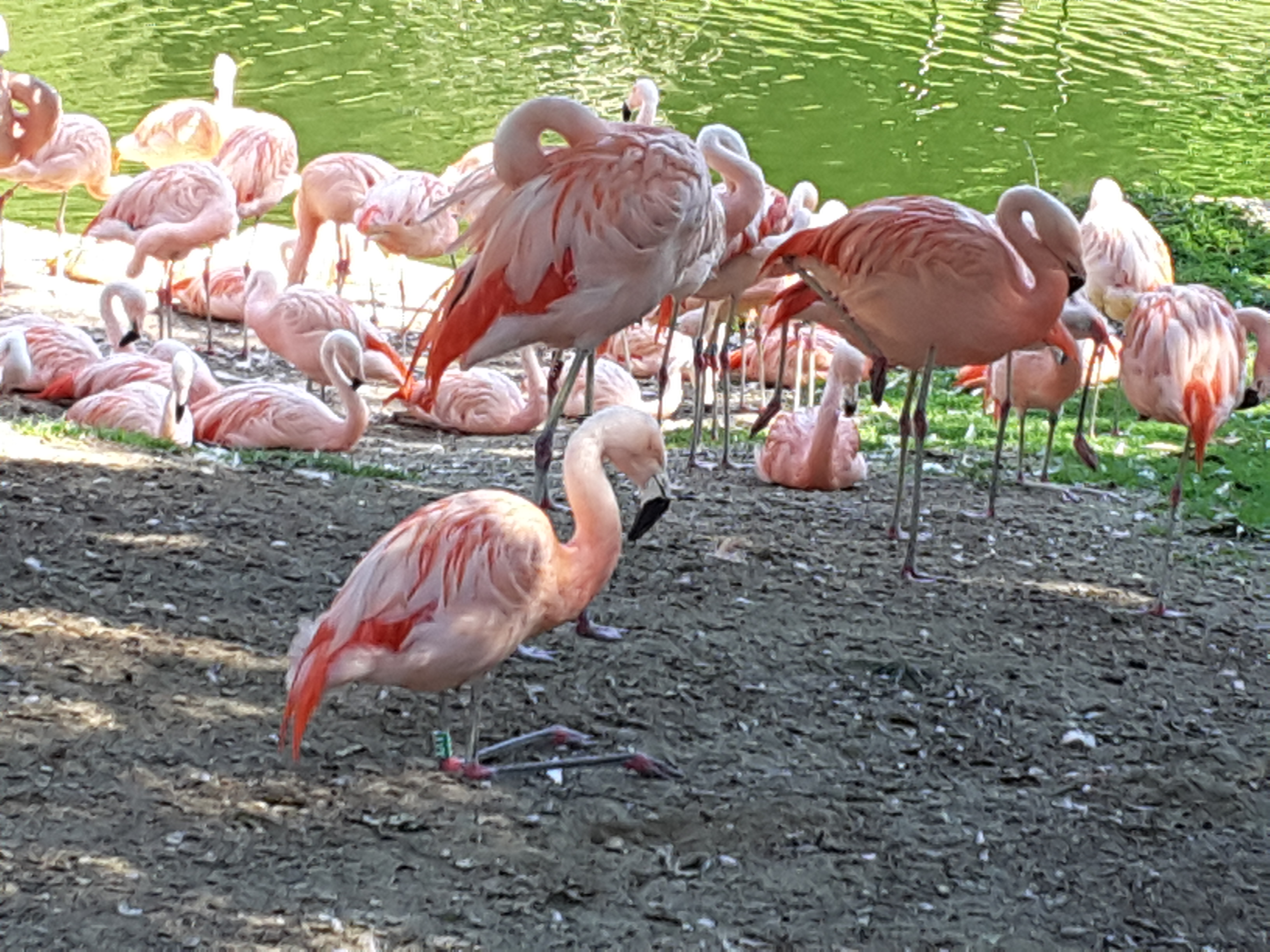 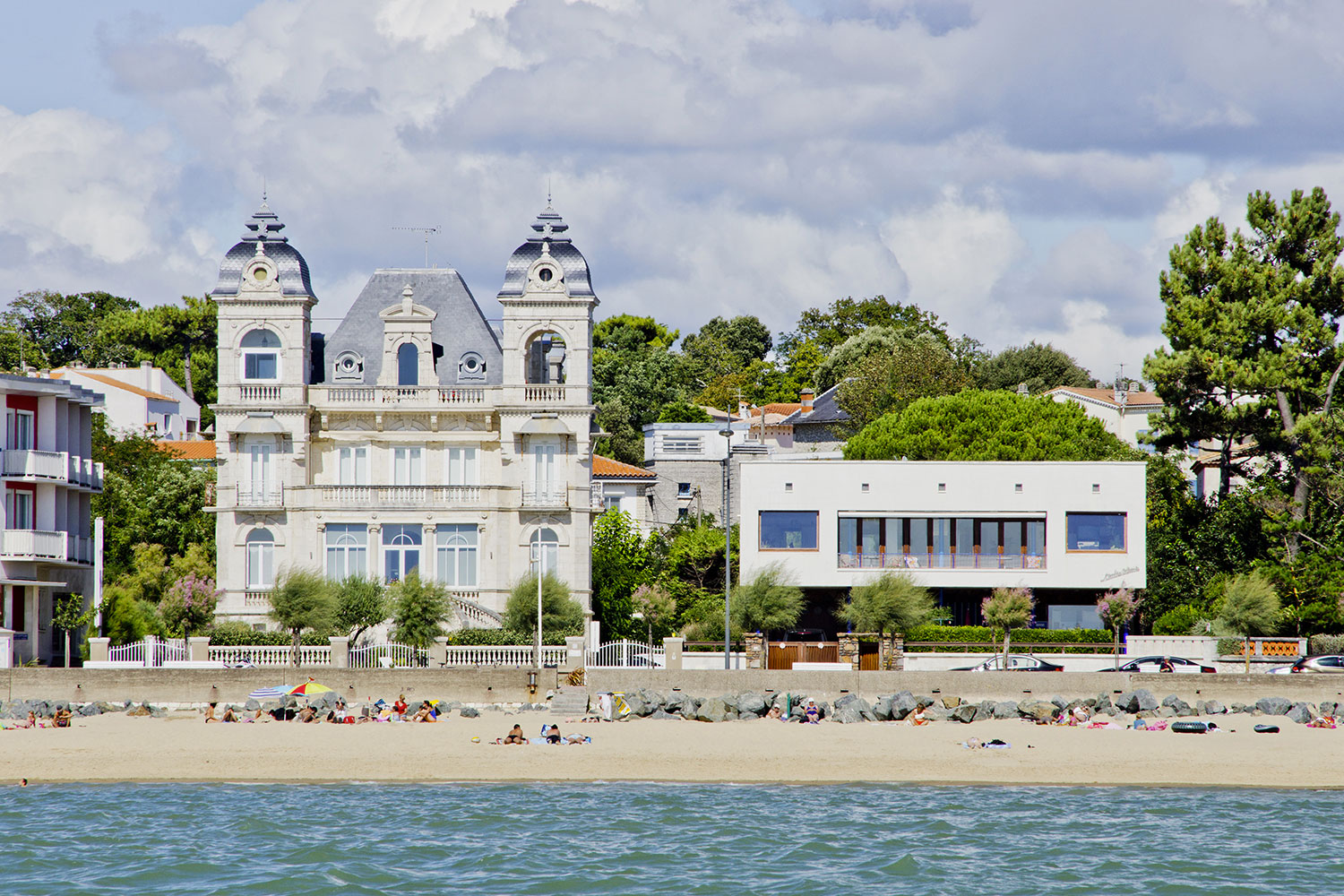 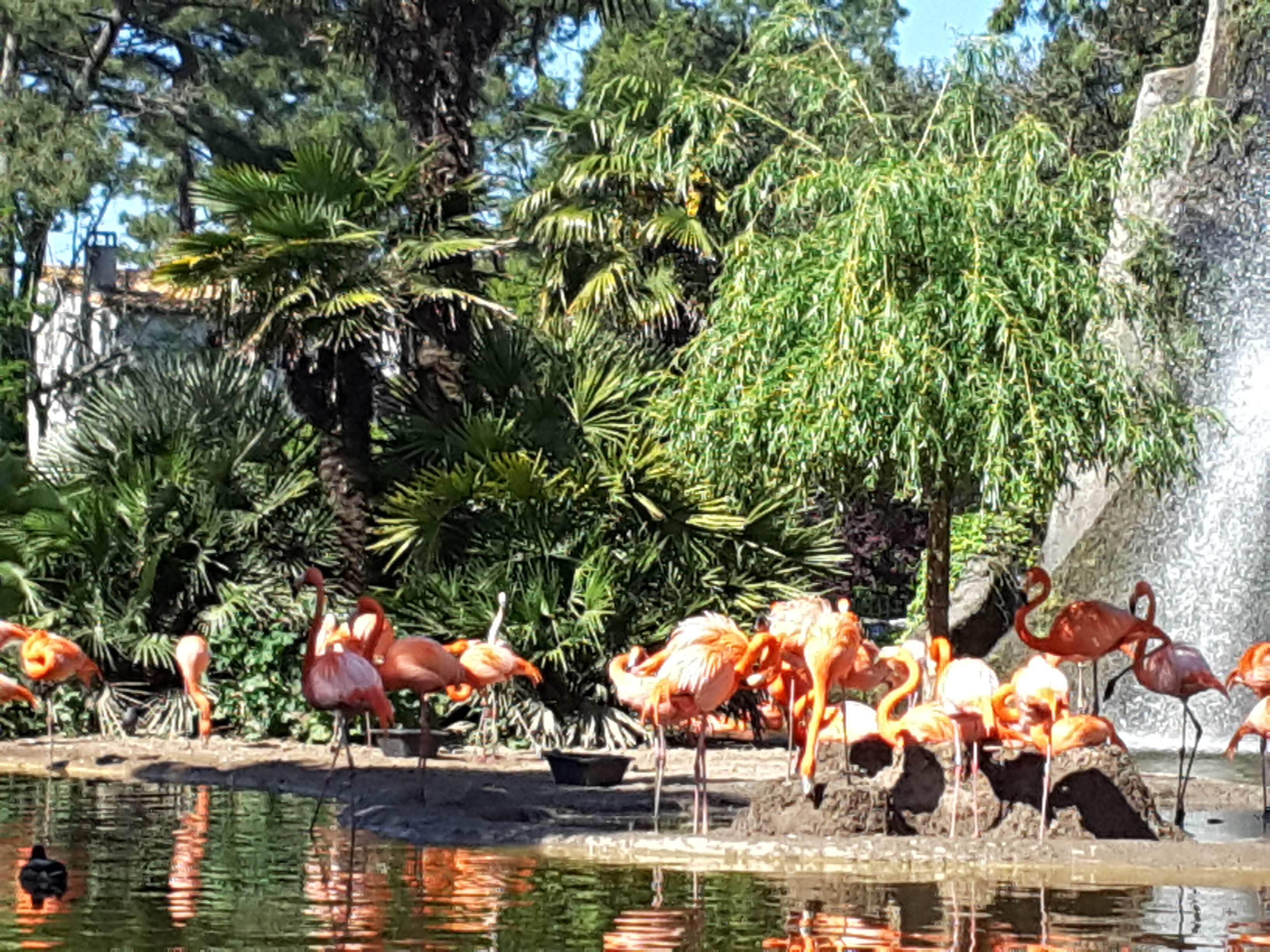 From family beaches to vast expanses of the Côte Sauvage, marvel at the riches of our coastline! Bordered by maritime pines, a few steps from the city center, the beaches of La Palmyre and the Cordouan pines are ideal for supervised swimming. If you like walking or cycling, the Promenade des Deux Phares is for you! It offers breathtaking views of the ocean, the Bay of Bonne Anse, the lighthouses of La Coubre and Cordouan.
La Palmyre zoo is a French zoological park located on the Atlantic coast of New Aquitaine, in Charente-Maritime, in the peninsula of Arvert, between Royan and Ile d’Oleron. Created in 1966 by Claude Caillé, the park is still owned by his family. He is currently presided over by his son, Patrick Caillé, and led by his grandson Pierre Caillé.

It extends over 18 hectares in the seaside resort of La Palmyre, enclosed between the forest of La Coubre and the forest of Combots d’Ansoine. The park, landscaped garden, offers the visitor the opportunity to observe more than 1500 animals of 115 species, all along a journey of more than 4 kilometers.

The distance between Le Thou and Coulon is 64.8 km via D5.

Its central location gives you easy access to tourist sites in the region.

Activities on site and in the surroundings: http://www.eterritoire.fr/evenements/france,nouvelle-aquitaine,charente-maritime/

The Route to Saint Jacques de Compostela for tourists:http://www.compostelle17.fr/-Chemins-en-Charente-Maritime-.html

Rambling with family or friends: https://www.en-charente-maritime.com/tourisme/activites

The town of Le Thou: http://www.mairie-le-thou.fr/

Equestrian Centre The Cavaliers du Plaisir in Saint Georges Du Bois (13.2km from the centre of Le Thou).

Outdoor Nautical Centre Rivedoux Rivedoux (28.0km from the centre of Le Thou).

Nature Pole of the Cabin de Moins in Brueil Magne (9.4km from the centre of Le Thou).

Discovery trail from Pré Bègue at Saint Germain De Marencennes (9.7km from the centre of Le Thou).

The Ferry House at Echillais (20.6km from the centre of Le Thou).

The Polders Trail – Moeze-Oléron Nature Reserve in Saint Froult (23.6km from the centre of Le Thou).

Ferme de Plaisaince – Moeze-Oléron Nature Reserve in Saint Froult (23.6km from the centre of Le Thou).

Museographic Space Nature Pole of the Marais Poitevin Taugon (25.9km from the centre of Le Thou).

Fishing area – Sèvre Niortaise bypass canal in Marans (25.8km from the centre of Le Thou).

Ecomuseum of the Presqu’Ile in Port Des Barques (19.1km from the centre of Le Thou).

Ranked as a City of Art and History, Rochefort offers a large number of activities and visits. (17.5km from the centre of Le Thou).

Merits a detour: Saint Savinien, classified Small Town of Character. (28,7km from the centre of Le Thou).